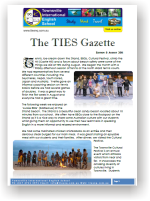 Every month we put out our TIES Gazette newsletter which outlines all of the various activities which TIES students have been doing in the previous month. Each of the gazettes also have sections on English Grammar so you can brush up, as well as some funny things which came up at TIES during the month. Please click on the image to the left to view the fourth edition of the TIES Gazette. Tennis, ice-cream down the Strand, BBQs, Cultural Festival, climb the hill (Castle Hill) and a forum about beach safety were some of the things we did at TIES during August.  We began the month with a Friday afternoon session of Tennis at the North Ward tennis courts. We had representatives from several different countries including: the Seychelles, Nepal, South Korea, Japan and Australia.  Yvette gave an informal coaching session on Tennis basics before we had several games of doubles.  It was a great way to finish the first week in August and everyone had a great time….[Read on] 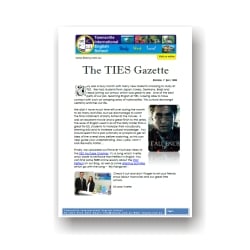