Last Saturday morning, I woke up at the crack of dawn. I got out of bed straight away, and started getting ready, because my boyfriend and I were going to Magnetic Island for the day. We got in our car and drove to the ferry terminal arriving just before 7 am. We parked our car in front of the terminal and bought our tickets to catch the ferry across the sea to Magnetic Island. There was a special discount for the 7:05 ferry, so we only paid half price. We sat down excitedly, holding hands while we waited for the ferry to depart.

When we got on the ferry, we went straight to the top to enjoy the early morning sunshine and to take in the experience of going to Magnetic Island. The sun was calmly rising over the horizon and a fresh breeze was blowing through our hair. I took in deep breaths of the cool morning air and felt relaxed looking at the blue ocean.

It was amazing. I rode it close to the coastline and saw some huge boulders balanced precariously near the edge of the water. Some beautiful blue butterflies passed by me, and some people were fishing on their boat. When I sped up, I felt excited as the adrenalin surged through my veins.

About 20 minutes later, we arrived at ‘Nelly Bay’, which is located on the ‘bottom’ of Magnetic Island. We got on the bus to go to ‘Horseshoe Bay’, which is on the ‘top’ of the island. We saw heaps of beautiful green trees and magnificent mountains through the windows of the bus. After we got off the bus, we went for a walk and look around. It was still early morning, so it was very quiet with no crowds. We walked along the beach. The sea was shining brightly and I felt peaceful and inspired when I saw the thin horizon melting into the sky.

At about 8:30, we went to the Jet Ski Shop and prepared to go an adrenalin packed ride. We both got into our wetsuits supplied by the company, and the instructor explained how to handle the jet ski safely. Finally, we got into the water and sat on our jet ski. I was a bit nervous, because it was the first time I had ever ridden one, but after a bit of practice, I was much more confident. It was amazing. I rode it close to the coastline and saw some huge boulders balanced precariously near the edge of the water. Some beautiful blue butterflies passed by me, and some people were fishing on their boat. When I sped up, I felt excited as the adrenalin surged through my veins.

About 90 minutes later, we finished our jet ski adventure and decided to sit down to a nice lunch at the ‘Marlin Bar’, enjoying the amazing view and soaking up the beautiful weather.

After we finished lunch, we decided to go bush walking. There is a track called the ‘Fort’s Walk’, which is half way between Horseshoe Bay and Nelly Bay. It was a bit further than what I originally thought, so I had to have a couple of breaks along the way. I saw a picturesque view of the outside of the mountains on the top and some reptiles like lizards and a baby snake. It was quite good exercise!

A couple of hours later, we arrived at the stunning ‘Alma Bay’. When we arrived, palm trees were swaying in the breeze providing shade for some people relaxing on the grass. I ran into the crystal clear turquoise water and had a swim. Unfortunately, I didn’t take any snorkelling equipment, but if I ever get the chance to go back, I will definitely take some. The water was so clear, it was amazing.

The last thing I wanted to do was to feed the cute rock wallabies in ‘Geoffrey Bay’. I had never seen rock wallabies before, so I was looking forward to seeing some. We bought some feeding pellets and walked to the end of Geoffrey Bay. As we arrived at the end of the winding road, we saw the first wallaby sitting on a rock. He was staring at us hungrily. I gave him some pellets and he ate it after hesitating at first. All of a sudden, several other wallabies came out of the shadows of nearby rocks encircling us. They were still a bit timid, but so cute. They didn’t bite me at all, and some of them held onto my hand while they were eating. They were so adorable and friendly. It was amazing to see such a beautiful place.

While the sun was going to bed, we caught a bus and went back to Nelly Bay. We had some extra time before the next ferry, so we went to a famous French restaurant called ‘La Paradiso’, only a 5 minute walk from the ferry terminal. I had a lovely dinner while I chewed the fat with my boyfriend.

I looked through the photos in my camera as we caught the ferry back to Townsville. I felt content, although I was a little tired. Anyway, it was a great experience for me, and I enjoyed every moment throughout my day on Magnetic Island. It will be a precious memory I will keep for a long time, and I would definitely recommend visiting Magnetic Island if you are ever in Townsville. 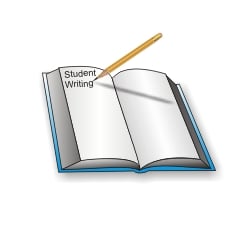